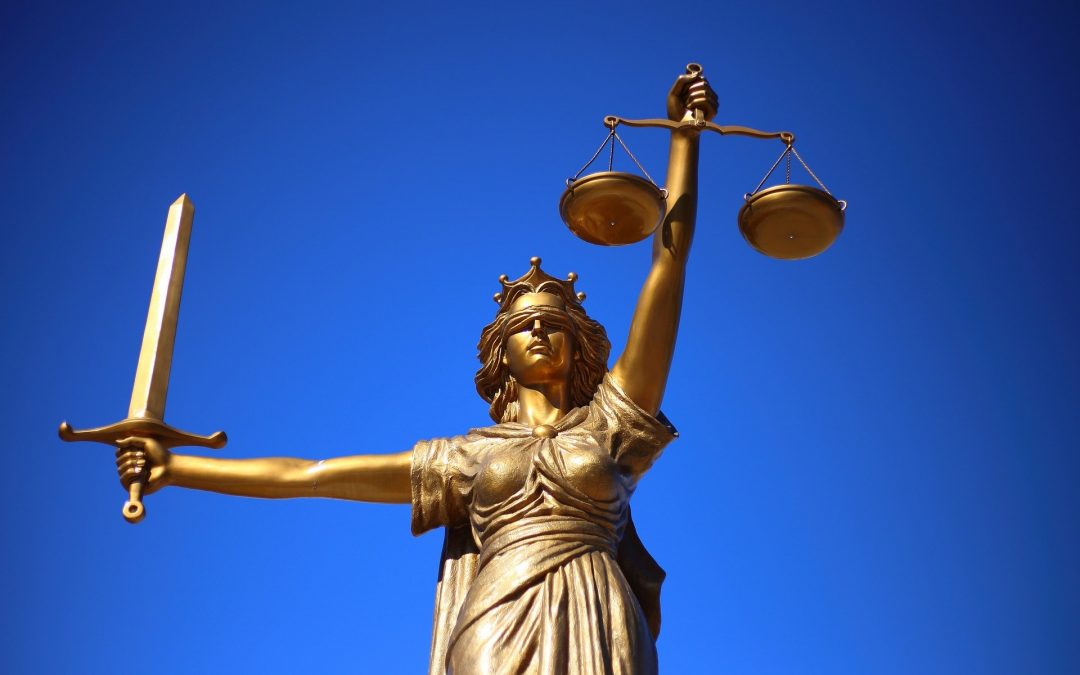 Our routines may have stalled during Covid, but the desire to divorce certainly hasn’t. Here, some of the pandemic-age challenges to consider.

This article was written By Courtney Rubin on Jan. 30, 2021 and published by the NY Times.

When the New York divorce courts reopened in June after a nearly three-month closure, the lawyer Nancy Chemtob said she began waking up at 3 a.m. to handle all of the clients who wanted out of their marriages. And the calls and texts didn’t let up between Thanksgiving and New Year’s, traditionally a slow period in the divorce business, as people would hang on for year-end bonuses or the last family vacation before filing.

“There was nothing to wait for anymore,” said Ms. Chemtob, who represented the designer Mary-Kate Olsen in her pandemic divorce from the French banker Olivier Sarkozy.

The coronavirus crisis has inspired what seems to be a surge of divorces in the United States, a pattern also seen in China, Britain and Sweden. There are the expected reasons, such as increased domestic pressures and upended routines that may have once masked marriage problems. And there are the less obvious ones, like the bread-winning spouse who toyed with the idea of divorce now moving forward because it makes financial sense. (He or she has suffered a loss in income, and so the settlement will be less.)

National statistics are not yet available, but there seems to be more work for lawyers and mediators across the board. Consultations at the Upper West Side lawyer Ken Jewell’s firm are up 48 percent, he said. People want flexibility and control in these times of uncertainty,” said Andrea Vacca, a lawyer who is the immediate past president of the New York Association of Collaborative Professionals, a nonprofit that advocates collaborative divorce.

At the same time, some clients are “frozen, not wanting to initiate the divorce process when their spouse is earning less,” said Laurie Itkin, a certified divorce financial analyst in San Diego. This may help explain why an early study, which analyzed data from five states for March through September, found that rates had dropped. (The study’s authors acknowledged this was “too few states to make conclusions about national trends,” and the study did not include New York or California.)

Every divorce comes laden with its own issues, but here are some pandemic-era factors facing those wondering whether to stay or go.

There are new minefields to navigate.

The pandemic hasn’t just heightened the tension in marriages. It’s also heightened the tension in divorces, changing everything from how long a divorce can drag on to how parties appear before the court (virtual backgrounds are frowned upon, because a judge needs to be able to see who else might be in the room) and how they consult with therapists, lawyers and real estate agents, because there’s so little privacy with everyone at home.

“I was ducking onto the back deck in my shirt sleeves in 20-degree weather and having therapy sessions drowned out by traffic noise,” said Jeff Higgins, 58, of Guilford, Conn. Mr. Higgins, who has been married for 32 years, was also trying, at least initially, to hide the sale of the family home and his search for a new place to live from his 30-year-old son, who was home during the pandemic.

Of the marriage, Mr. Higgins said there had been cracks for awhile, but with three adults all cooped up in the same house, “things just got worse. There was no time away to regroup.”

Covid divorces are on the slow track.

Divorce has often been time-consuming and expensive — one survey in the United States found the average cost was $12,900 — but now once-routine parts of the proceedings, like getting a document notarized, can require heroic effort. Moving out is also fraught, especially in Los Angeles and parts of Connecticut and New Jersey, where real estate prices have risen — you may have one spouse wanting to keep the house but unable to afford to buy the other out. In New York City, where prices have plummeted, no one wants to sell the $6 million apartment when it has to be listed at $3 million, as is the case for one of Ms. Chemtob’s clients.

For a lot of wealthy New Yorkers seeking divorces, there is much fighting about the vacation home, where many families have been ensconced for months. In one of the lawyer Harriet Newman Cohen’s cases, a couple spent thousands of dollars fighting over a court order that would seal off the master bedroom in their Hamptons home so the husband couldn’t spend the night there with his girlfriend when it was his turn to see the kids.

“He wouldn’t say, ‘I won’t go in there,’ so it had to be locked off,” said Ms. Cohen, whose clients have included Gov. Andrew M. Cuomo of New York.

Delays can be more costly.

In addition to the mental toll of the waiting game, coronavirus-related delays can also add to the bill.

Jessica Wilbur, 36, of Frankfort, Maine., first filed for divorce in March 2019. The trial was rescheduled twice: First, because the courts closed for the pandemic, and again because a lawyer had possibly been exposed to the virus. Although the trial finally happened in October, she didn’t get her orders until mid-December because the judge was so backed up. The delays, Ms. Wilbur said, cost her thousands of dollars, both because she and her lawyer had to prepare for court each time, and because more issues would arise with her husband of 12 years in the interim. The divorce is still not final.

Lawyers acknowledge that although there is rarely travel time or time spent waiting around court for clients to pay for these days (almost everything is virtual and by appointment), this is offset by other costs, like hours waiting outside courthouses to file a case the electronic system won’t accept.

So many documents.
Then there’s that document notarizing, something once so simple a lawyer could do it while waiting with a client at court. Now, if clients don’t want to do it in person, it requires, at least in some states, video calls along with the document being sent back and forth via snail mail or delivery service.

“It’s a nightmare,” said Susan Rossi Cook, a lawyer in Needham, Mass. In a recent case of Ms. Cook’s, the judge agreed to waive the notary, but it didn’t save much time. The wife printed out the financial agreement, and her soon-to-be-ex-husband signed it (the couple were still living together), but their scanner couldn’t handle 28 pages at once. Eventually they sent it, in four separate emails, to the court clerk.

The global surge. The coronavirus is spreading faster than ever at the start of 2022, but the last days of 2021 brought the encouraging news that the Omicron variant produces less severe illness than earlier waves. As such, governments are focusing more on expanding vaccination than limiting the spread.

Return to office. For many businesses, the recent surge has brought a swift reversal of return-to-office plans. In recent days, companies including Goldman Sachs and Chevron have begun to backtrack on workplace policies. Some are telling employees to stay home with just days, or even hours, to spare before their planned returns.

Staying safe. Worried about spreading Covid? Keep yourself and others safe by following some basic guidance on when to test and how to use at-home virus tests (if you can find them). Here is what to do if you test positive for the coronavirus.

“It took us an hour and a half to get the document to the court, and the actual hearing was 10 minutes,” Ms. Cook said.

Settling is more attractive than ever.

Further complicating things is how difficult it can be to get on a judge’s calendar for a non-urgent matter (issues like domestic violence take priority). Besides the backlog in many courts, the video conference appointments in some states mean that judges are able to get through fewer cases than when everyone crowded into the courtroom and cases went one after another. On a recent online settlement conference, the judge told Mr. Jewell: “If you think you’re going to have your motion served anytime soon, let me show you the back of my courtroom.” The chairs where people would normally sit were all filled with stacks of motions, Mr. Jewell said.

The crush of cases means there is even more of a push to settle — pre-pandemic, some 90 percent of divorce cases didn’t go to trial. Some lawyers say that during the pandemic that figure is closer to 98 percent. There has also been an uptick in couples using the collaborative divorce process, where both parties sign an agreement that they will not end up in court.

Kathleen Bar-Tur, a mediator and licensed clinical social worker on the Upper West Side, said she has several couples who disappeared two or three years ago who have returned during the pandemic, wanting to push forward because they’ve had time to reflect. Although Ms. Bar-Tur has always liked meeting in person, taking the process online has its benefits.

“Some people are more comfortable being two boxes next to each other on a screen instead of having to sit in a room with their soon-to-be ex,” she said. (Sometimes they are sitting in rooms right next to each other.)

For couples looking to the courts for help, it may also be harder for clients to feel they have gotten a fair hearing via a video conference. Instead of passing a note to one’s lawyer to ask a question, clients have to text, but “how many screens can a lawyer look at?” said Elizabeth Lindsey, an Atlanta divorce lawyer and the president of the American Association of Matrimonial Lawyers.

There is also the more significant problem that judges can’t see body language, and nor can clients, who in the past could use it to glean information about the judge’s reaction to their position as presented by their lawyer. This can make clients wonder if the judge has fully heard them, Ms. Cook said. She also dislikes trial testimony over video conferencing, where it’s not possible to tell if a person testifying is being coached by text message. (This is not allowed, obviously, but such rules are hard to police.)

There are hearing dates for sale.

The renewed emphasis on settling has prompted a surge in the use of private judges, at least for those who can afford it. These judges, often retired from the bench, can cost $800 an hour, and one in Los Angeles who charges $20,000 a day is booked up “for months,” said Daniel Jaffe, a Los Angeles divorce lawyer for the wealthy for more than 50 years. The appeal is that clients can control the schedule and be heard by a judge who doesn’t have the pressure of other cases on the docket.